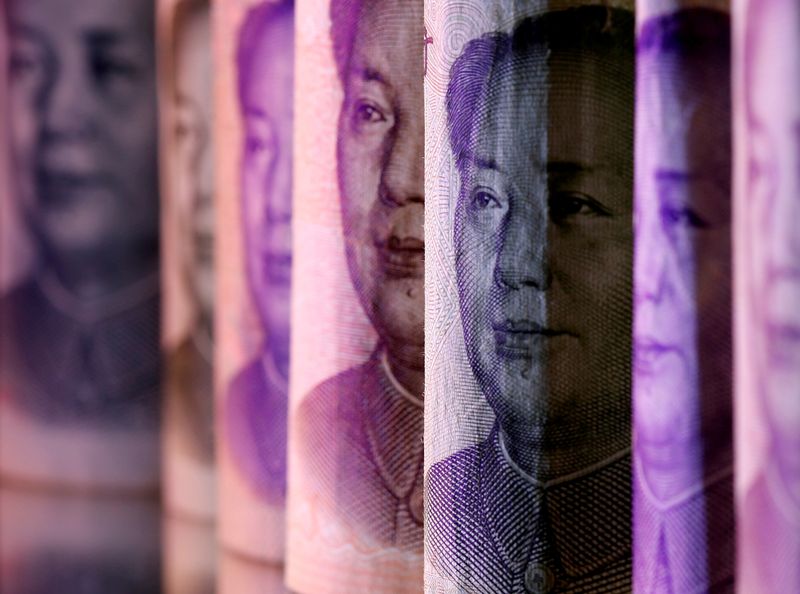 BENGALURU (Reuters) – Investors were bearish on all Asian currencies for the first time in a year, and also turned short on the after a strong run since last summer, a Reuters poll showed, as U.S. economic outperformance and new lockdowns elsewhere muddy the outlook for risk assets.

Higher vaccinations and expectations that the U.S. economic recovery will far outpace the rest of the world has kept Treasury yields elevated and the dollar at a four-month high, tipping investors away from emerging market currencies and bonds that traditionally yield more though are considered riskier.

With a resurgence of COVID-19 cases in parts of Asia, such as India and the Philippines, alongside a new wave across Europe and the relatively slower pace of vaccinations, the path to a global economic recovery looks more uncertain.

For the first time since April 2020, when markets were grappling with global shutdowns and uncertainty, investors turned short on all nine Asian currencies, a poll of 11 respondents showed on Thursday.

Central banks in Thailand, Indonesia and Malaysia recently left their key policy rates unchanged despite pressure from a strengthening U.S. dollar and outflows, in stark contrast to sharp interest rate hikes in Brazil and Turkey. The Philippines central bank meets later on Thursday.

Bets on the yuan, which had been relatively more bullish as China emerged from the pandemic first and was the only major economy to see growth in 2020, turned short for the first time since last June.

“Unlike last year, the U.S. is now seen matching China in leading the global recovery in 2021,” DBS analysts said in a note.

Growing worries that authorities in the world’s second-largest economy may tighten policy have also fuelled worries.

Analysts at BCA Research say while they expect Beijing to gradually remove policy accommodation, “the team is also warning that there is a risk that policymakers inadvertently overtighten this year.”

Even positions on Taiwan’s dollar and India’s rupee turned short for the first time since May and June, respectively.

Bearish bets on the Philippine peso and Thai baht were raised and stood at their highest since April.

The poll uses estimates of net long or short positions on a scale of minus 3 to plus 3. A score of plus 3 indicates the market is significantly long U.S. dollars.

The figures include positions held through non-deliverable forwards (NDFs).

The survey findings are provided below (positions in U.S. dollar versus each…

Texas chases after Wyoming with crypto law proposal, but challenges

IG Reports Jump In Turnover For FYI May 2021

FOREX-U.S. dollar on track for second week of gains; Fed meeting in

Yen Fades As The Tokyo Olympics Gets Underway

Indian central bank looking at phased launch of its own digital

US stocks edge higher on blockbuster tech earnings, while…

Covid cases are rising again in all 50 states across U.S. as…