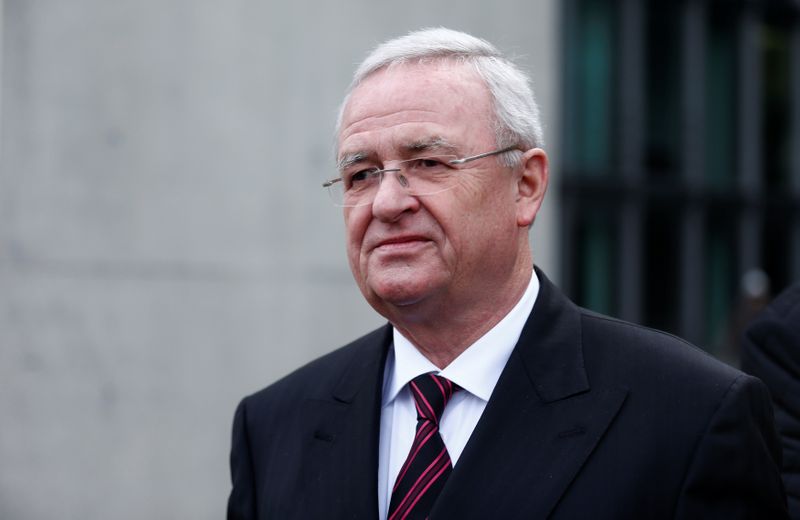 Volkswagen had said in March it would claim damages from Winterkorn over the scandal as it tries to draw a line under its biggest-ever crisis.

Business Insider, citing a draft contract, reported that an agreement between the carmaker, Winterkorn and other former executives could be signed this week.

Volkswagen’s supervisory board is scheduled to discuss an agreement over the weekend, two sources with knowledge of the matter told Reuters. An annual general meeting of shareholders in July would then need to sign off on it.

The German company had said in March that following a far-reaching legal investigation it had concluded Winterkorn had breached his duty of care. Winterkorn has denied being responsible for the scandal.

Volkswagen in 2015 admitted using illegal software to rig diesel engine tests in the United States. The scandal has cost it more than 32 billion euros in fines, refits and legal fees.

Winterkorn resigned as chief executive on Sept. 23, 2015, a week after the scandal broke.

Fusion Media or anyone involved with Fusion Media will not accept any liability for loss or damage as a result of reliance on the information including data, quotes, charts and buy/sell signals contained within this website. Please be fully informed regarding the risks and costs associated with trading the financial markets, it is one of the riskiest investment forms possible.

Tesco old boys square up in U.S. bid for Morrisons By Reuters

China Evergrande plans to repay $1.5 billion bond due June 28 this

10% to 20% correction may be underway due to inflation: Mark Zandi

The Accused Indian Crypto King Is Not Our User By CoinQuora

Tesco old boys square up in U.S. bid for Morrisons By…